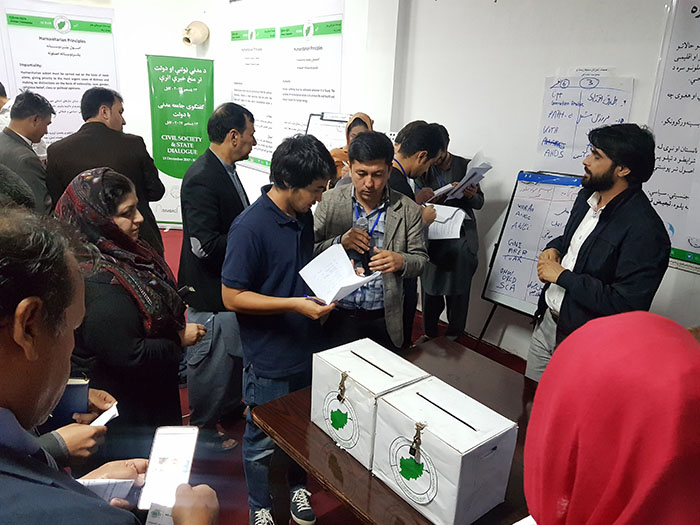 On 22nd April 2019, more than 50 CSOs attended in election process of assigning their representatives to SDGs Working Groups for 2019.

The meeting organized and hosted by ACBAR in collaboration with Chief Executive Office of Afghan Government in Kabul.

During the meeting representative of Chief Executive Office of Government presented the progress report on current status of SDGs nationalization and alignment. He stated that 75 targets matched with National Priority Programs (NPPs) and national strategies, but due to lack of sufficient budget within the government, the implementation process will be started in 2020. A large portion of government budget is already allocated for National Priority Programs till 2020.

CSOs representatives to SDGs working groups, presented their reports on engagement of CSOs in identification of national indicators, baselines and priority programs in 2018.

As a result of the election, 20 CSOs representatives elected to represent CSOs in 4 working Groups (WG-1 on Security and Governance, WG-2 on Agriculture and Rural Development, WG-3 on Health, Education, Environment and Social Security, WG-4 on Economic Growth and Infrastructure).

ANEC were elected by CSOs to represent them in SDGs working group-3 on Health, Education, Environment and Social Security for the period of Jan-Dec 2019.